“As Victoria starts to open up, Suburban Rail Loop is an exciting development for people in Box Hill and for the thousands of students here at Box Hill Institute, one of Victoria's oldest TAFEs." Box Hill Institute CEO and Managing Director Vivienne King said.

The Andrews Labor Government detailed the start of the state’s biggest and most significant infrastructure project that will create up to 8,000 direct jobs. Additionally, they are providing new funding of $9.3 billion toward major works on Suburban Rail Loop East to deliver 26km twin rail tunnels and six underground stations between Cheltenham and Box Hill, creating opportunities for new community projects and initiatives in the broader areas around the stations.

“The Suburban Rail Loop is not just a rail line – it delivers opportunities for Victorians to live close to work, more access to education and services and supports thousands of new jobs at a time our state needs them most.” The Premier said. 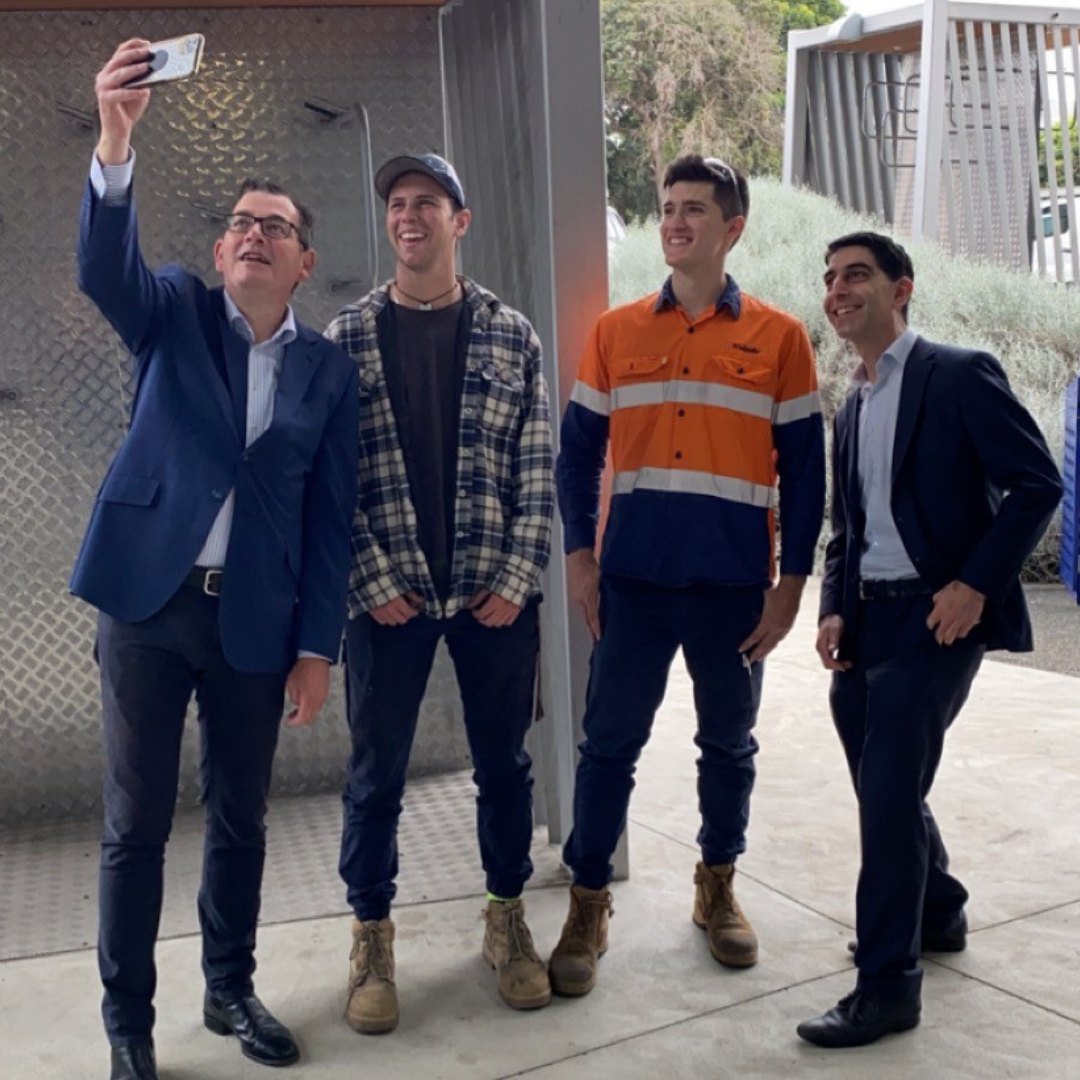 Excited Box Hill Institute students took selfies with the Victorian Premier while he was taking a tour of the campus and spoke of how the construction of the Suburban Rail Loop East will benefit their travels for studies.

“I think it’s really important not just for me, but for the community as well,” student Elijah Travaglini continued, “I’ve been driving to school recently, and now everyone is back at work, the roads are clogged, so this will help a lot.”

“I’m driving every day at the moment, so having the train station nearby will beneficial to save money on fuel really, it’s a half an hour drive, so to catch a train would be great,” student, Nick Farren-Price said.

Construction on the Suburban Rail Loop starts next year.