With so many options available including Free TAFE and JobTrainer courses, now is a great time to start your career in Hospitality or Tourism. Start your journey to become anything from a commercial cook or patisserie chef, to an event organiser or manager.

Not long before Tobie Puttock went to the UK to work alongside Jamie Oliver, he did an apprenticeship at Box Hill Institute while working at Cafe e Cucina. Since then, Tobie has had an award-winning restaurant, written best-selling cookbooks and starred on TV. Once head chef of Jamie’s first Fifteen Restaurant in London, Tobie established the Australian branch. Making healthy food delicious is his mission.

“Before Tobie Puttock went to the UK to work alongside Jamie Oliver, he completed his apprenticeship at Box Hill Institute.”

Why Choose Us?
See why students choose Box Hill Institute 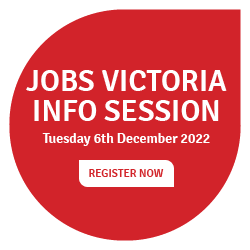